Partner with
Local Missionaries in Mauritania

The Sahara Desert covers most of the North African country of Mauritania, leaving vast areas virtually uninhabited. Half the population live in or around the capital of Nouakchott on the Atlantic coast, while smaller groupings live along the more habitable southern border.

The ruling Beydane minority have enslaved the Haratines for centuries. Mauritania was the last country in the world to abolish slavery in 1981 and did not criminalize it until 2007. But these laws go mostly unenforced, and the practice lives on with over 2 percent of Mauritanians trapped in forced labor or forced marriage. The line between slave and free is blurred for Haratines, whom society discriminates against as lower-class citizens.

Drought, poverty and unemployment make life difficult for all. Over 30 percent of the population fall under the poverty line and almost a quarter of young children are underweight. A poor educational quality and a high dropout rate contribute to the problem—only half of Mauritanians are literate.

Life becomes even harder for those who convert away from Islam. The religion has dominated for over 1,000 years and the country’s Sharia-influenced constitution only allows Muslims to be citizens. In addition to losing their citizenship, Christian converts may also lose job opportunities. But perhaps the most painful blow within this family-oriented Afro-Arab culture comes when their relatives, friends, neighbors, and entire villages shun them and their children.

The government maintains a hostile environment for the gospel in this 99.6 percent unreached country by prohibiting evangelization and the printing and distribution of non-Islamic materials such as the Bible.

It may be an overwhelmingly bleak situation in human terms, but God is uninhibited by such restraints. He is making a way for the gospel in Mauritania.

Compassion in the Name of Jesus Christ

Community outreach projects that meet critical needs provide one of the most effective opportunities for native missionaries to share the gospel. These include microloan programs and vocational training, which give Mauritanians an avenue to escape poverty and persecuted believers an independent means to support themselves. Through nutrition projects for malnourished children and education for those from poor backgrounds, gospel workers introduce upcoming generations to the goodness of God.

These seeds are taking root. Since most Mauritanians are raised on false teachings about Jesus, it takes time for their perceptions to change. But as seasoned teachers—some former Muslims—explain the truths of the Bible, many are beginning to understand that Jesus is not merely a human prophet but the divine God who created the world.

As small church groups emerge, native ministries disciple new believers in God’s Word and train them to preach the gospel to others. To do so, they must smuggle Bibles into the country and record audio Bible messages for the illiterate. They also prioritize caring for persecuted believers as they nurture this growing body of Christ in Mauritania. 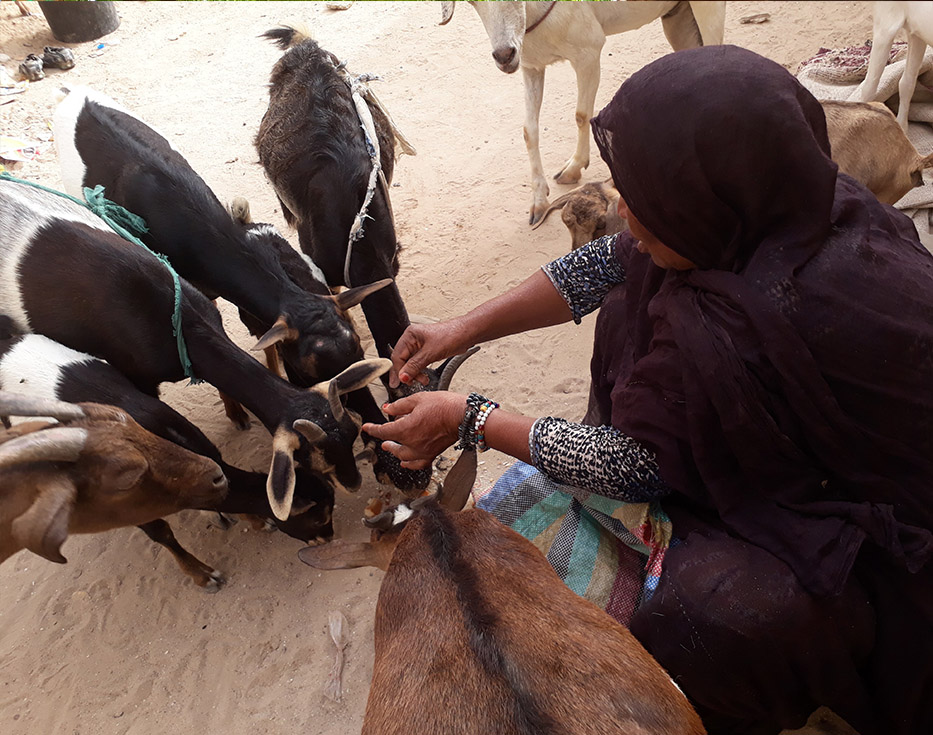