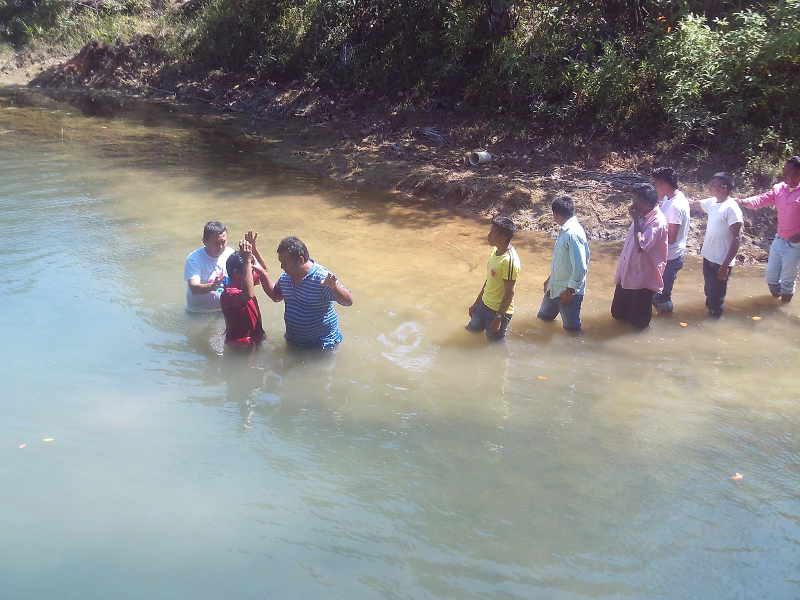 Roberto* was a rebel guerrilla in Colombia until he opted for freedom in Christ – a decision that landed him in jail.

At 24, he had been fighting for the armed insurgent group for nearly a quarter of his young life when he stumbled upon a crowd at an open-air talk in a town park. The native missionary addressing the crowd spoke in an unpretentious, personal way about his own journey from ferocity to faith.

Speaking the kind of Spanish familiar to Roberto, the native missionary invited others to refrain from doing evil as he had and instead serve the Lord who had a great purpose for each one of them. Roberto had a deep sense that God was talking directly to his heart.

Then and there he put his faith in Christ’s death and resurrection for forgiveness, and soon after he began attending worship services with the native missionary’s congregation.

“It was amazing the change that God made in him,” the leader of the native ministry said. “He abandoned that illegal criminal group, exchanging his weapons and arms for the Bible.”

“It was amazing the change that God made in him,” the ministry leader said. “He abandoned that illegal criminal group, exchanging his weapons and arms for the Bible.”

Roberto shared his dramatic testimony in streets and parks, proclaiming Christ’s salvation and inviting others to refrain from doing evil and instead serve the Lord. Recently his devotion to the will of God made another dramatic leap: He decided to turn himself into police to legally pay for past wrongdoings.

“He is currently in prison, for which we request prayers so that he can be released soon,” the ministry leader said. “His wife and mother continue to congregate in our local church, and they are showing the fruit of the extraordinary change that God worked in him.”

Like native missionaries throughout Latin America, gospel workers in Colombia are working in cities and jungles to bring the message of Christ to the unreached, including tribal communities who practice witchcraft. The workers have seen God change their lives as well.

“Now the tribal people have learned that it is not nature or the stars that guide and influence us, but God Jehovah who changes the times, the people, their different attitudes and ways of life,” he said. “These changes occur from hearing and believing in the Word of God and the salvation of the soul through our Lord Jesus Christ. Now many tribal people preach and praise the eternal God, and they have left behind the vices of tobacco, cocaine, marijuana and satanic prayers.”

Like formerly unreached people throughout Latin America, he said, the new Christians greatly rejoice in being able to evangelize and win souls from their own tribal people. Please consider a gift today to help bring the message of Christ’s salvation to lost souls in countries throughout the region.