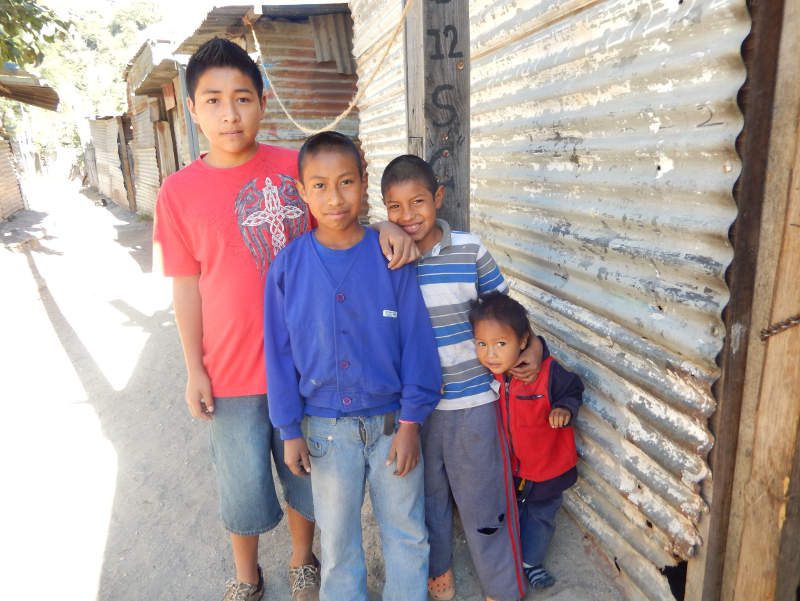 In a slum in Guatemala, a pre-teen boy can earn $30 for killing a store owner who refuses to comply with the local gang’s financial demands.

This option was too tempting for 11-year-old Octavio*. Living in extreme poverty, his fatherless family struggled to survive, and he was thinking of joining a gang to earn “good money.”

A native missionary in his area learned about his plans from a relative. He began to pray in preparation for the spiritual battle ahead.

He began visiting Octavio, sometimes inviting him to join him on errands that inevitably involved getting popsicles. The native worker introduced him to the ministry’s youth activities and hot meals and developed a rapport with him that led to conversations about life goals and Bible studies.

In a slum in Guatemala, a pre-teen boy can earn $30 for killing a store owner who refuses to comply with the local gang’s financial demands.

“We reached out to him and provided Bible counseling and a close follow-up,” the leader of the native ministry said. “Now, by the grace of God, after a year and a half, he was baptized, and he is attending our youth Bible meetings.”

The native ministry offered more than the gang could offer, but the allure of a gang can be so strong that even a child who had received ministry care since pre-school could be tempted. A 10-year-old boy who had benefited from the native ministry’s compassionate aid programs since he was 4 years old fell prey to a gang’s recruitment.

“David* abandoned our ministry, and he began to smoke and took drugs,” the ministry director said. “He was a member of the gang for about three years.”

As his involvement in gang activities grew, David had left home, but a few months ago he returned to his parents’ home. The ministry director and a coworker began visiting him again.

“Now he has returned to our ministry Bible classes, and we are still working with him,” the leader said. “David is 14 years old, and he is making good progress, step by step.”

His parents provide for him but do not express any love for him, he said.

“The only place where he can find and feel love is at our ministry Bible group and through our ministry outreach,” the leader said. “We are doing a close discipleship with this boy.”

The native ministry does not limit itself to children. A father of eight who has long benefited from the ministry’s compassionate aid put his faith in Christ and left the affair he was having with another woman. After extended, close discipleship with native missionaries, he now leads an adult Bible study.

“Also, one of his sons four years ago committed his life to Jesus, and we discipled and provided Bible training to this young man,” the ministry leader said. “Now he is our youth leader.”

Native ministries are bringing such expressions of the compassion and love of Christ to lost souls not only in Guatemala but in other countries of Latin America. Please consider a gift today to sustain and expand their Spirit-powered work.