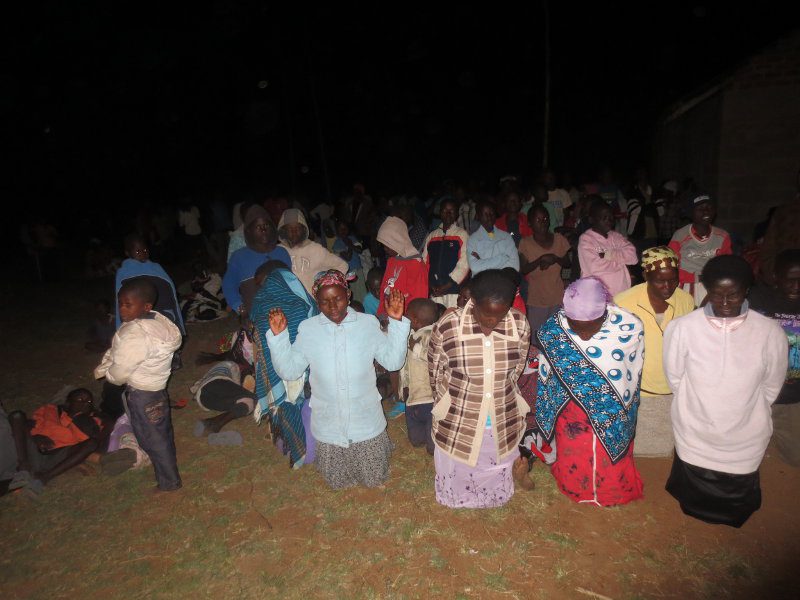 Kazim Safisa* was once like the young Muslim men waiting for him in front of his village home in West Africa with knives, clubs and cudgels.

Returning home from a long day working his farm in Ghana, the new Christian knew the cultural dynamics behind their Islamic zeal. Not long before, Safisa had been a zealous sheikh, going village to village teaching the Koran. He knew why they felt “infidels” like him must die.

He stood looking at them and prayed to God for help. As if scripted in a low-budget movie, lightning cracked with thunder around the mob.

He stood looking at them and prayed to God for help. As if scripted in a low-budget movie, lightning cracked with thunder around the mob.

According to their customs and beliefs, lightning is a sign of punishment for unrepentant sinners, and this thunderous flash seemed aimed at them. They scattered.

“And they never attacked Kazim again – physically,” said the leader of the ministry that led Safisa to Christ. “Spiritually they used all kinds of occult powers to kill him, to no avail. But he never gave up and continued to live his new-found faith.”

Christianity was an abomination to Safisa’s family, and he faced attacks from them and other members of his ethnic Dagomba clan. They set fire to his farm repeatedly and stole his sheep and goats.

Less than 1 percent of the Dagomba people in that area of Ghana are Christians, the ministry leader said. The illiteracy rate among those in the villages is about 95 percent, and Safisa first came into contact with native missionaries at a night literacy class they offered.

Learning to read and write Dagbani, upon completion he received a New Testament in the language.

“He was touched by the Lord as he read through the New Testament,” the ministry leader said. “So our team led him to Christ after a long period of Bible studies. He was later helped to attend a two-year, Dry Season Bible School.”

“The Lord has been my help,” Safisa said. “Otherwise I would not have made it this far.”

As do other native ministries throughout Africa, the missionaries in Ghana also train pastors and evangelists. In four conferences over the course of three months, the ministry in Ghana trained 422 pastors and church leaders. Native ministries there and in other African countries are on the frontlines of establishing God’s kingdom amid harsh opposition; please consider a gift today to bring eternal life to people in great darkness.