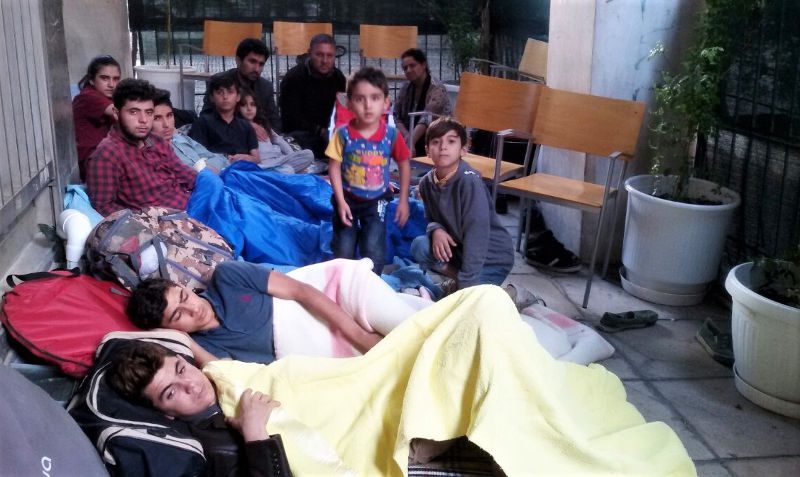 A native ministry leader in Greece directed a refugee mother from Iran to an Iranian service agency, telling her the Farsi-speaking workers there could help her more effectively. But three days later, she was back.

The Iranian woman, who had arrived in Greece with only her 11-year-old son after her husband went missing, told the ministry leader through a translator: “I want you to help me because I believe there is power here.”

The ministry leader told her that anything her ministry does is only through God’s power, but that they could not help her due to limited Farsi translation abilities. The Iranian woman, who lacked housing and money after the men who smuggled her out of Iran robbed her and took her apartment, said she was aware that the ministry handled mainly Arabic- and Kurdish-speaking people. But she sensed only this agency could help her.

The ministry leader told her that anything her ministry does is only through God’s power.

The ministry leader asked the Muslim woman if they could pray for her. “We believe that only Jesus can open the way, and we can pray to Him,” she told the young mother. “Let’s trust in Him.”

“I told you that everything good starts from here,” she told the director.

Ministry workers there and in other parts of Europe are likewise serving as channels of God’s power and grace. As other native missionaries in Europe do, the group in Greece is also providing aid and the gospel to refugees and other needy people.

“The people who are interpreting, who are sharing the gospel, who are praying, who are baptizing, are the same ones who are making friends, cooking dinner and sitting on the floor to share dinner,” the director said. “We lead people to Christ, disciple them, have communion with them, pray with them, making family. And then visiting them in the hospital, we are looking into their watering eyes as they say, ‘You are my only family now.’”

Please consider a gift today to help native missionaries throughout Europe reveal the love and power of Christ.