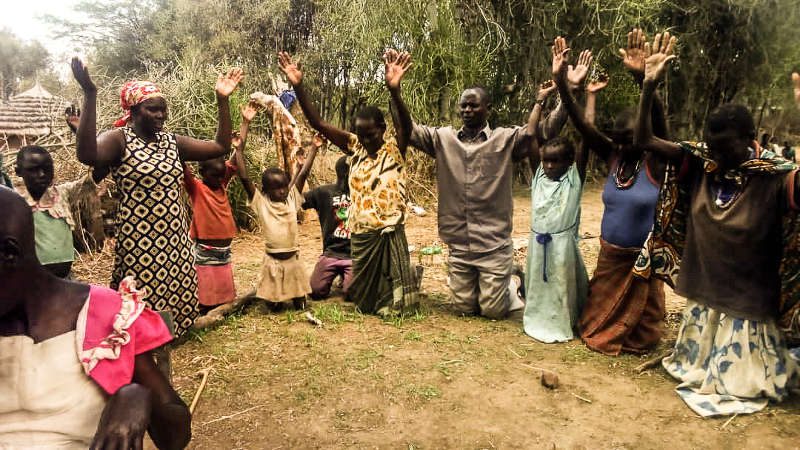 In a remote, undisclosed village in Uganda where few people could read, Bwambale Nakonde* believed that if he punished his wife enough times she might stop being an alcoholic. This belief conveniently suited his growing anger at how she was bringing disgrace on the family.

“Whenever I gave her part of my income as a laborer for the household upkeep, she would invite all our neighbors and friends to a drinking spree, and after getting sloshed, she would become mad and lose control,” Nakonde said. “They would start fighting each other and break every piece of equipment used at home, which would bring misunderstandings and confusion in the family.”

Her drunken binges brought increasing injury and property destruction, he said, and Nakonde pleaded with her to stop – especially after police began to take notice.

“They would start fighting each other and break every piece of equipment used at home, which would bring misunderstandings and confusion in the family,” Nakonde said.

One day Caroline was sitting outside their doorway, doubled over in pain from another beating, when she overheard a Ugandan from another village talking to her neighbor about Christ.

“She immediately called out for him to come closer, saying she couldn’t walk with the painful stomach injuries from her husband beating her for being addicted to alcohol,” said the leader of the native ministry that sent the evangelist to the neighborhood.

Caroline told him how she had suffered, and the native missionary told her how Christ had suffered and died for the forgiveness of her sins.

“She revealed her story, knelt before the pastor and raised her hands up faithfully for prayer,” the ministry leader said. “She accepted Jesus Christ and received healing and salvation that day. She later called her husband on the phone, who was far off, and narrated all about her new life; both confessed and happily changed.”

Through such door-to-door sharing, native missionaries have led many people to salvation in Christ, he said.

“Currently, the lady is a good servant in the church, no longer gets drunk, prays earnestly and always walks with her testimony to tell others without shame of how the gospel we preach transformed her life,” the leader said. “This has increased happiness and development, whereby they have built a permanent house.”

Despite working amid the hostility of those practicing traditional tribal religions, native missionaries recently planted a church in each of two other villages, he said. Each with 20 worshippers, one church meets under a tree, the other in a rented room.

Persecution is growing. In December, animists in one village beat a pastor, forced him to drink alcohol and tore his Bible to pieces, the ministry leader said.

“Pray for pastors – they have been so persecuted, to the point of death in some places,” he said. “One community has become a bloodshed land, where people easily kill when too sloshed. We request prayers for our ministry development and to accomplish our goals with the work started, and for more testimonies before others.”

The ministry has trained more pastors and evangelists who need prayer for protection as well as upkeep, he added.

“When we started our ministry to spread the gospel across the region, some resisted and tried to block our church from operating,” the leader said. “People like the deputy head teacher of a boys’ primary school spread a lot of negativity, but now we greatly rejoice and thank God that he is now a member and mobilizer in our church with confidence.”

Such dedication is evident in native missionaries throughout Africa. Please consider a gift today to help them bring the gospel to thirsty souls in countries throughout the region.