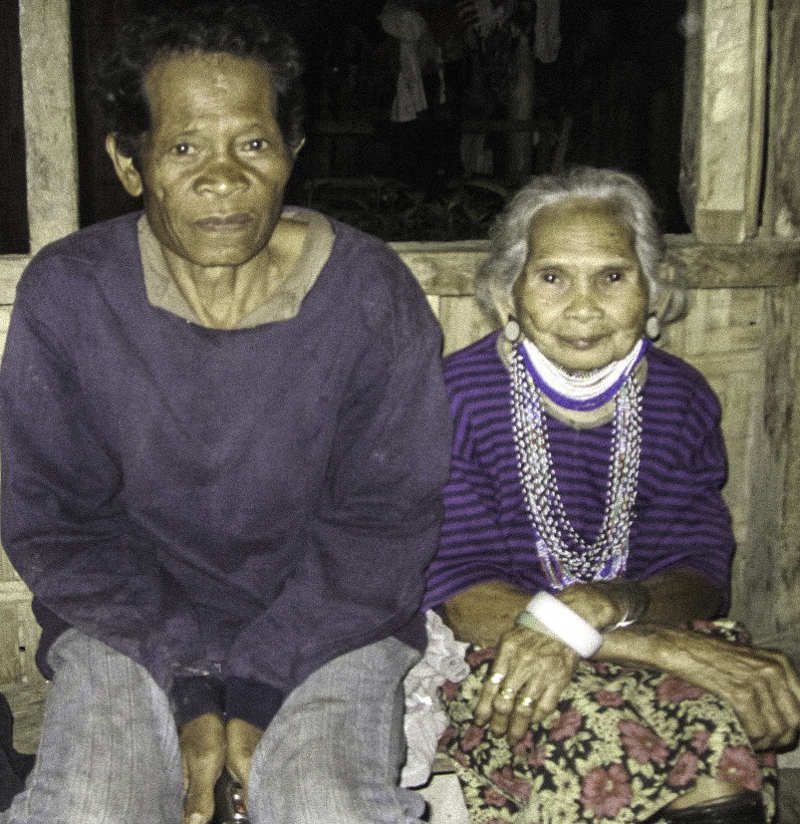 Lasting Peace in Lands of Violence

A widow in the Philippines who came to faith in Christ in her 80s was just beginning to get passionate about visiting homes to share the gospel when she knocked on the door of the man who had stabbed her son.

Joy Guinto* knew it was his home, but on that day in August 2018 she did not realize he had been released from prison only a few months prior. Years before, Ray Dimaandal had attacked her grown son with a knife in an angry fit. Her son went to the hospital and survived; Dimaandal went to prison.

Native missionaries in a city undisclosed for security reasons had learned that Guinto had suffered many injustices in her life, and they spent much time in discipleship teaching her how to forgive others as Christ had forgiven her.

“Sister Joy changed upon realizing that she received God’s amazing grace,” the leader of the ministry said. “She was not only able to forgive the man who almost took the life of her son, she even learned to love his family and wanted to bring them life in Christ.”

Guinto had already forgiven Dimaandal in her heart when his daughter opened the door to her. Dimaandal, however, had not forgiven her family for prosecuting him.

“He would not talk to or even look at sister Joy,” the leader said.

With training in how to teach the Bible chronologically, from creation to Christ, Guinto began a Bible study at the home next door that Diamaandal’s daughter attended.

“Diamaandal doesn’t attend the Bible studies, but his family is getting reached,” the leader said. “The daughter of the man from prison is now regularly attending church meetings.”

Native missionaries are hopeful that the transformation they have seen in his daughter will spread to the rest of her family. Such transformation has taken place on a larger scale in another area of the Philippines, where a tribe once known for head-hunting is now 60 percent Christian – thanks to the pioneering efforts of a native missionary, Florentino Santos.

A tribe once known for head-hunting is now 60 percent Christian.

After Santos put his faith in Christ in January 1954, he went with foreign missionary Marvin Graves to reach the fierce Bugkalot tribe, also known as Ilongots, in June of that year, according to the autobiography of missionary Charles Hufstetler, who died in 2009. Hufstetler quotes Santos:

“Tanitan was our guide. Shortly after we arrived, he gathered the people of the village. For the first time in the mountain ranges of the Sierra Madre, the gospel was proclaimed, and it broke the stronghold of Satan’s domain as the light of the gospel shone into the kingdom of darkness. After the message, first Tanitan, and then others bowed to Jesus Christ as their Lord and Savior.”

God had prepared Tanitan’s heart, according to Santos, as shortly before their arrival the guide had dreamt of a man in fuller clothing than the natives wore carrying a thick black book that bore a message from the one true God.

A few months later Graves’ missions agency transferred him to Manila, and for five years Santos worked alone facing disease, the threat of death and other hardships, Hufstetler quotes him as saying. In 1959, Santos married Tanitan’s cousin, and they spent the rest of their years working among the tribe – just in time to save it from a government plan to eradicate it.

The Philippine government was about to send the army in to stop the Bugkalot from killing people as tribal headhunters expanded into the lowlands in the 1950s, according to the Bugkalot Coffee Co., which is dedicated to building the capability of area farmer-growers through fair trade, holistic business development and training programs. The military plans faded as the tribe was transformed into a peaceful community.

“The head-hunting continued for many years before it was finally brought under control as more and more men and women learned to follow Christ, which finally brought peace to the Sierra Madre,” the company notes on its Website.

Native missionaries continue to work among the Bugkalot, which is now sending members to plant churches among neighboring tribes.

“The entry of the gospel many years ago among these people was the main factor for the eradication of the head-hunting practices,” said the leader of a native ministry assisted by Christian Aid Mission. “Now we have 25 churches among these people. The association of churches is also running a Bible school to train their people to lead in churches as well as open new ministries even among non-Bugkalot people. There are some of them who have already became missionaries assigned to different people groups.”

Proclaiming Christ in the Philippines and throughout Southeast Asia, native missionaries are seeing gospel transformation take place in individuals and communities once consumed with violence. Please consider a donation today to bring the love of Christ to troubled souls throughout the region.