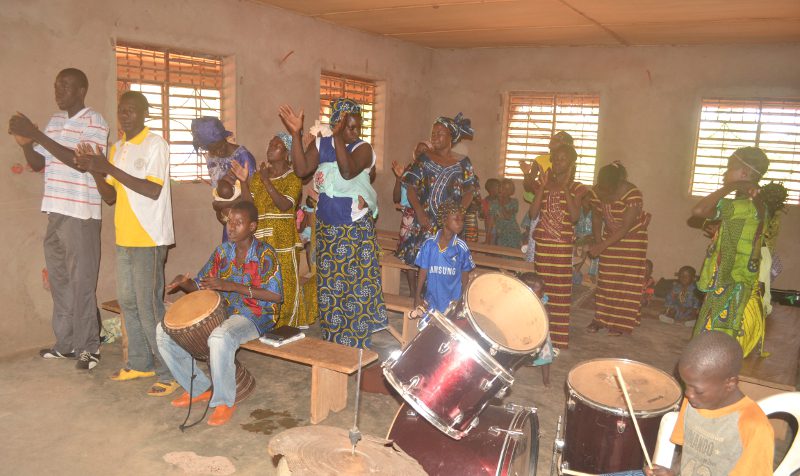 Mamadou* was a shaman in West Africa who made amulets and charms inscribed with verses of the Koran for people trying to ward off evil forces.

In the peculiar blend of Islam and tribal animism practiced in some parts of Burkina Faso, a shaman or “Marabout,” as they are known in West Africa, can make a decent living as a traditional “healer” providing trinkets and incantations attributed with power to keep malicious spirits and other beings at bay. So when he heard on the radio someone who seemed to be involved in the healing arts, a native missionary preaching salvation in Christ, Mamadou was intrigued – especially as he had received healing at a Christian hospital years before.

“In the afternoon, while sitting with some other church planters and Mamadou, the missionary explained the Good News of Jesus to him,” the ministry director said. “Mamadou then decided to commit his life to Christ. He later shared with us that he had received healing from the Lord previously when he had stayed in a Christian hospital for an operation.”

“A shaman can make a decent living by providing trinkets and incantations to keep malicious spirits at bay.”

The next day the ministry was beginning its training in church planting, discipleship and skills training for starting businesses so that native missionaries could support themselves. Mamadou decided he would forego his trip to Ivory Coast and join the training.

“He proved to be a good student, being serious about studying, and did well in tailoring,” the ministry leader said. “At the end of the training, the center gifted a sewing machine to him, and he returned to his home, where he started a Bible study group with his family and neighbors, which has become a church.”

This year Mamadou returned to the training center with his wife and children; he wanted to learn more about church planting and improve his tailoring skills, and his wife planned to learn a trade.

“It was a privilege to take part in Mamadou’s journey towards Christ,” the leader said. “Please continue to pray for him, his family and his witness, and for many like him who are seeking Christ and finding Him.”

Mamadou and his wife were two of 59 people to attend the training, part of the ministry’s plan to send 40 new church planters able to support themselves through tailoring, carpentry, or managing shops, restaurants or livestock among the Fulani people. Please consider a gift today to provide the evangelistic training and tools for native missionaries like them in countries throughout Africa.