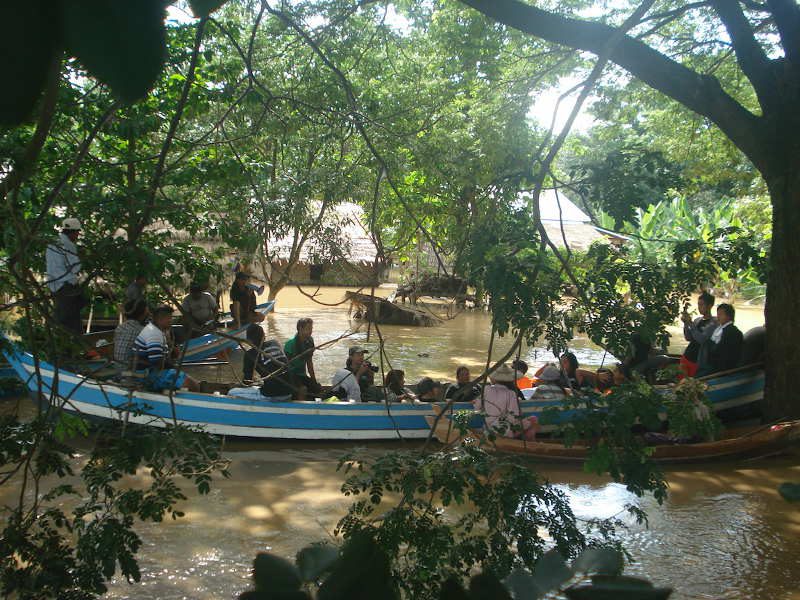 Between ethnic rebels trying to recruit them as soldiers and evil spirits threatening to afflict them, young adults in Burma (Myanmar) have a lot to fear.

Most young tribal men in remote areas of the country grow up as animists – trying to appease gods and spirits said to take the form of trees, rocks and other objects in nature – and even those who belong to the majority-Buddhist population retain much of the animistic beliefs of their ancestors.

Besides fearing that any illness may be a sign of punishment from a malevolent spirit world, young men in an area of Burma undisclosed for security reasons also live in fear of militants from insurgent groups that are drawing recruits from ethnic groups, the leader of a native ministry said.

“There are around three rebel groups, and those rebels always search for young people to be their soldiers,” he said. “So they are frightened all the time, as they don’t know when rebels will come to their village and take them from their family and from their village.”

Fighting between the rebels and government forces has reportedly displaced nearly 33,000 people since late 2018.

Humanitarian officials with the United Nations say inability to get aid into places of conflict has cost lives, but native missionaries bringing the gospel into remote areas are bringing such relief. They recently relocated 20 young people from a remote area where warfare was raging to a shelter where they are receiving food and education, the ministry leader said.

“Our main object is to lead them to Christ and help them to reach their own people with the gospel of Jesus Christ in the near future when they are mature,” he said. “These young people are from five villages that are completely animist. They cultivate on the hillsides, but whatever they have, they sacrifice to evil spirits.”

As a result, he said, they are very poor.

Evangelists in area villages found their biggest challenge was how to alleviate the young people’s fear.

“So, we made some bamboo huts in our rented house and put some of the young people from these villages into them,” the leader said. “We provide simple food, and we help them to go to school. Most importantly, we teach them about the gospel, and now almost all of them have been saved, and they are so happy for their salvation.”

Workers have thus brought both physical and emotional healing to them through Christ, he said.

“Furthermore, their parents have peace in their hearts and their burdens have been relieved,” he added.

Such relief is sorely needed. Since fighting between the rebels and government troops in one state ramped up in January, explosions from artillery and improvised devices have killed nearly 40 civilians and wounded about 70 others, according to Radio Free Asia. One militant group is a predominantly Buddhist force, while another consists of Islamist insurgents.

Animists leaving their ancestral beliefs and practices face another danger – animosity from relatives and local chieftans. About 20 people who put their faith in Christ in another part of Burma forsook their fear of evil spirits and devotion to idols but are now at risk from area political and religious leaders, the ministry leader said.

“Because of the local authorities and animist leaders, they have had their lives threatened, but they said they are now ready to die,” he said. “They have the courage to die and live. We are overseeing them now; if the situation becomes worse, we plan to move them to Christian village.”

Many people are asking questions about Christ, but few have the courage to put their faith in Him. At a recent evangelistic camp, 15 animist women were very interested to learn about Jesus.

“But their whole village is animist, and if they became Christians they knew they would be in trouble with their families as well as with the villagers,” he said. “But out of them one lady came to the Lord with tears, saying she had decided to follow Jesus Christ, and that she is so grateful to Jesus for forgiving her sins that as long as she lives she would be a follower of Jesus Christ whatever the cost.”

A local pastor is monitoring village hostility and is prepared to transfer her to a safe area, he said.

A 15-year-old Buddhist boy showed the same courage. Sent from another part of the country to a high school in the former capital, Yangon, he was staying at the house of a Christian classmate. A native missionary from his classmate’s church began counseling him at their house, and the Buddhist boy committed to Christ and was baptized.

“Now his parents are very angry at him, but he said if they renounce him, he is ready,” the leader said. “He said he will try his best to lead his family members to Christ.”

Such workers in Burma and throughout the region are drawing on deep reserves of faith to proclaim Christ’s salvation in the trenches and disciple those facing animosity from friends, relatives and community leaders. Please consider a donation today to bring eternal life to those in countries throughout the region.