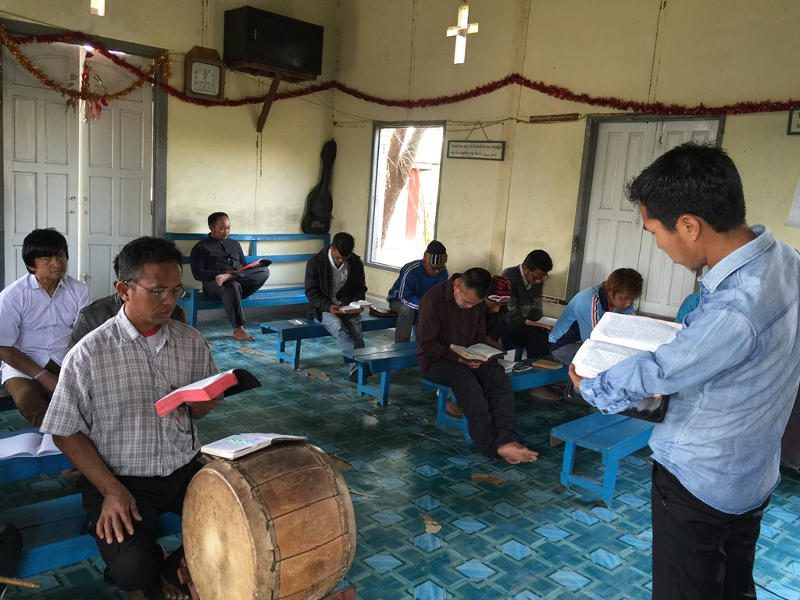 As a boy growing up in Southeast Asia, Revo* was the top student in his Sunday school class, eventually becoming a full member of his church. Then came the evil spirits.

He began taking drugs and indulged in as many worldly pleasures as possible. They didn’t satisfy him, so he engaged in even more to try to achieve fulfillment. Revo said the spirits urged him to do more and more evil deeds, which got progressively worse.

“Then, suddenly, a great Spirit came into my heart – but there was no room for Him,” he said. “Just for a moment I felt and knew and understood perfect peace and tranquility. This was followed by remorse and great disappointment and despair.”

He tried to commit suicide, but the Holy Spirit intervened, saying three times, “I love you. Come to me just as you are,” he said. Resolved to break his destructive habits, he went to a total of 32 camps for drug and alcohol addicts.

“But all I gained were false hopes and wishful thinking,” he said. “I was still a drug addict and alcoholic.”

Then God led him to a native ministry’s center for addicts in Burma (Myanmar). The first three days, he vomited anything he ate. With lovingkindness, those taking care of him cleaned and dressed him.

“Since then I have noticed considerable changes in my life,” he said. “Due to the grace of God and his many blessings, I am being trained to serve Him. Those who follow Christ cannot sit on the fence. We cannot be natural men. If God wills it, I will serve Him faithfully until the end of my life. I have committed myself to it.”

Revo now leads morning devotions and Sunday worship services in the center, one of many people who have had their lives transformed thanks to such community engagement projects in Southeast Asia. Please consider a gift today for projects throughout the region.