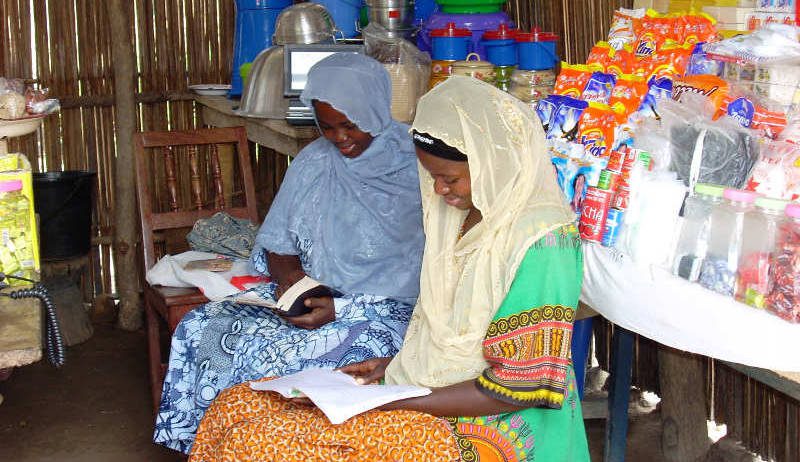 In the thin strip of West Africa that is the country of Togo, a Muslim woman was suffering from an illness that neither witchdoctors nor medical doctors could cure: She was convinced she was surrounded by snakes.

In part, Rachida’s* problem was that she was surrounded by snakes, to some degree; several varieties showed up in the farmlands bordering their savannah and forest habitats, and in the traditional dwellings of her village (undisclosed for security reasons) in Togo, it was not unheard of to find a black-necked spitting cobra coiled in a corner.

But the young woman was mortified with fear that snakes were literally encircling her, whether they were visible or not, according to the director of a Christian ministry based in Togo. Though nominally Muslim, Rachida was raised with voodoo belief in a prominent serpent spirit. Among other animistic beliefs in evil spirits, she was certain the serpent spirit was summoning other snakes – visible ones in hiding, and invisible vipers swarming around her.

More than half the people of Togo hold such animist beliefs or devotion to ancestors, including many of the Muslims that make up 19 percent of the country’s population. An estimated 20 percent of Togo’s population is Christian, and some of them also adhere to elements of their animistic upbringing.

The couple began to pray for her…that’s when she jumped and started crawling on the ground like a reptile.

Rachida went to every witchdoctor in the area, the native ministry leader said. Each one subjected her to some ritual, sometimes involving the body parts of dead snakes or other creatures, or animal sacrifice, and each shaman invoked the powers of amulets and potions. Her conviction that snakes were behind every box, bed or building remained, and relaxants and other prescription drugs from medical doctors were equally ineffective.

At the community mill where villagers ground flour for the evening meal, she met the wife of a native missionary and told her about her fears, the ministry director said. The woman brought Rachida to her home, and the missionary told her Jesus Christ was the only one who could help her.

The couple began to pray for her, the ministry leader said.

“That’s when she jumped and started crawling on the ground like a reptile,” he said. “She crawled a long time, then after she stopped, she remained as dead. After she got up, she was delivered.”

Her fear dissolved, Rachida is secretly learning about Christ even as a real danger – opposition to Christianity from her Muslim family members – grows with each passing day.

A largely foreign-financed movement to establish Islam throughout Western Africa is also advancing in Togo. In the northern city of Kara, Muslims have created several radio broadcasts reviling Christianity, and Islam is growing throughout the region.

“In Africa, Islam simply unites with the witchcraft prevalent throughout the continent,” the ministry leader said. “Typically, those who become influential leaders in their nations are heavily involved in witchcraft. It is common for the demonic powers controlling a region to be channeled to harm Christians present in the area.”

To combat the forces of Islam and witchcraft, the ministry leader started a school of missions to train native Christians in sound Bible basics and then send them to unreached tribes. About 40 students complete the training each year.

As none of these native missionaries or the ministry’s 40 full-time workers receive regular support, they undertake odd jobs like repairing or selling shoes, carpentry or start small businesses to help sustain themselves. These occupations, in turn, help them establish credibility and relationships in the communities they’re reaching with the gospel.

The workers also gain willing ears for the message of Christ’s grace by providing vocational and agricultural training and opening schools, orphanages and medical clinics. Diggings wells that provide fresh water has been welcomed with enthusiastic acceptance of workers into local communities, and providing education to children – if only under a tree – has also led to friendships that open the way to praying for spiritual and physical needs.

Healing prayer remains key. In another remote village, the ministry leader said, a Muslim woman suffering a mysterious illness that left her bed-ridden was demoralized when testing at a government hospital revealed no causes. Her husband and parents had spent all their money on trying to find causes and cures.

A native missionary visiting her found the entire family dejected and without hope. They agreed to let the native worker pray for them in Christ’s name, the leader said.

“After a few minutes of prayer, the woman who could not even get up got up and sat down,” he said. “The missionary laid his hand on her. She said that following the laying on of hands, she felt a very sweet freshness rising from her feet, which then progressed to her head. She said, ‘It’s healing.’”

Her husband was then the first to put his faith in Christ, along with his healed wife, the ministry leader said.

“He is given a Bible, and then eventually the people of the village begin to come to Christ!” he said. “Glory to God!’

In the face of daunting opposition, the gospel is spreading in countries throughout Africa. Please consider a donation today to help bring the light of Christ to people in great darkness throughout the continent.