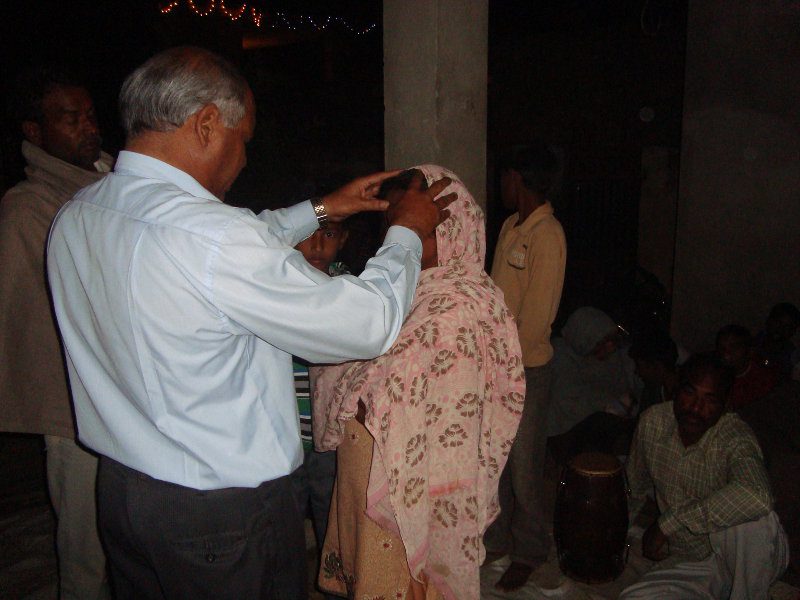 As a lifelong Hindu in a village in India hurried away from a woman howling at him in fury from her doorstep, Vijay* sensed an evil presence in her that he’d seen in his grown daughter.

The angry woman, a homemaker named Ramya, was yelling accusations at him that had no grounding in reality, and he was not her first target. Though at times in her right mind, in fits and spurts Ramya had spit insults and obscenities at nearly everyone in the village. The Hindu, Vijay, wondered that she was even more devoted than him to the idol images of their gods.

He knew that Ramya’s family had resorted to every sorcerer in the area, and some farther away, in an effort to bring her relief and keep her from further shaming the family with her discourteous behavior. The sorcerers and relatives had sacrificed many animals in their attempts to cure her.

The sorcerers and relatives had sacrificed many animals in their attempts to cure her.

Vijay knew what would heal her – the same thing that had cured his daughter. She too had spouted irrational rants, along with suffering sweats, chills and trembling, until the man who would become her husband prayed for her in the name of the Son of God. Though the man was not devoted to the Hindu gods, Vijay had agreed to give his daughter to him in marriage, thinking it would be handy to have someone who had power over evil spirits.

Vijay knew that the man believed that God’s Son was Jesus Christ, and that followers of Jesus had sent him to their village. The missionary was visiting his in-laws that day from the village where he now lived, and Vijay knew he had to arrange for him to pray for Ramya.

“The evangelist said if they would believe, then it could be possible,” said the director of the native ministry that had sent the man who would become Vijay’s son-in-law to his village. “All of them agreed. He prayed and rebuked the evil spirits. Ramya fell down on the floor flat. After some time, she got up with bright face. She was calm and composed. Everyone was surprised and praised Lord Jesus.”

Ramya’s entire family wanted to know more about Jesus Christ, Son of the only one and true God, who had power over evil spirits. Before long, they came to faith in him and began a new house church in the village.

Native missionaries who are expert in the customs and beliefs of their countries are being sent to people pining in great darkness throughout South Asia. Please consider a gift today to help bring light and life to the countries of the region.