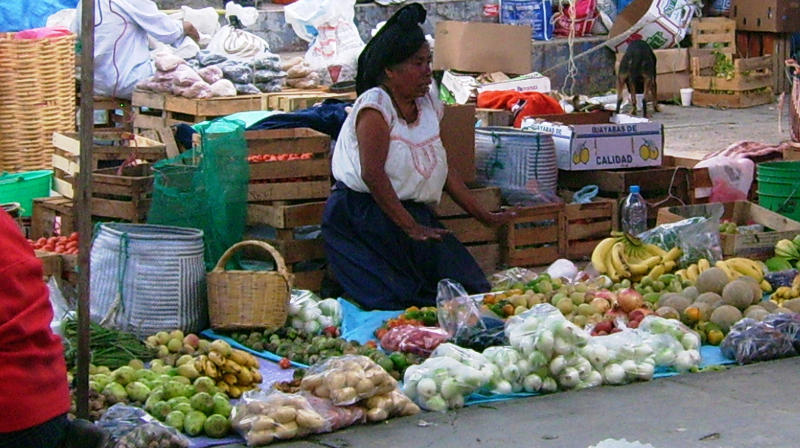 For an ethnic Mixtec woman like Donaji*, nightmares were not just scary but predicted disaster in this world and the next.

The 40-year-old fruit-vendor in a remote village of western Mexico believed she was surrounded by gods of rain, trees, mountains, stones and forces in nature telling her she was doomed. No amount of animal sacrifices could ward off the destruction of her soul that the dangers and deaths in her dreams portended.

Donaji’s animistic beliefs and rituals were rooted in centuries of Mixtec tradition, which dictated that one’s afterlife was determined by how one died. Her dreams instilled fear that she would die in the woods, which according to Mixtec belief destined her to serve the forest demon.

‘Her dreams were very fatalistic, and for the Mixtecs this makes them live with great fear.’

The animal sacrifice that she had always known had grown out of practices going back more than 10 centuries calling for the offering of blood from human ears and tongues, along with ritual dances that sometimes included hearts from human sacrifices. Those rituals reigned when the Mixtecs ruled the region for more than three centuries, before the Aztecs conquered them in 1458 – and imposed their own system of human sacrifice, according to cultural history website Study.com.

When Spanish conquerors arrived in 1521 and imposed Catholicism on the natives, the Roman institution’s pantheon of saints joined the other gods the Aztec-ruled Mixtecs served. A faded form of that mix of animistic and Roman Catholic beliefs and rituals was the cosmology that Donaji inherited – a tradition of centuries that no one dared question. This is the adulterated Catholicism that the Joshua Project refers to when it states that 95 percent of the Western Juxtlahuca Mixtecs, for example, are Catholic.

Residing in western Oaxaca state as well as parts of Guerrero and Puebla states, many of the Mixtec groups are only 2 percent evangelical, and in fact Donaji had known a native evangelical missionary for more than a year – and dismissed her talk about Christ. Donaji’s particular Mixtec group does not have an indigenous evangelical church, the leader of the native ministry said.

After a year of hearing how Christ had been sacrificed to take away the sins of all who trust in Him, the eyes of Donaji’s heart opened to her need for forgiveness and eternal life, he said.

“Donaji lived under great fear of evil spirits, her dreams were very fatalistic, and for the Mixtecs this makes them live with great fear,” the ministry leader said. “But after surrendering her life to Jesus and close discipleship, little by little she has lost her fear, and she feels that God has made her free of that fear.”

Donaji has been baptized and is very happy to be following Christ, he said.

When possible, native missionaries working in such villages become skilled at forming relationships with local leaders to reduce backlash. Taking up residence in the villages, working as craftsmen to contribute to local society and adding to the area economy, the missionaries gain credibility with the community leaders and others.

Building such relationships, they are also able to serve the communities in other ways. In one Mixtec village where women were so frequently battered by their husbands that several died, native missionaries partnered with a human rights organization to provide refuge and support to the victims.

“The saddest thing is that the community or the authorities do nothing about it, as if the husband had the right to do what he wants with her since she is his ‘property,’” the ministry leader said. “Seeing this, our missionaries gave themselves to the task of speaking with the local authorities to raise awareness.”

Taking battered, fleeing women into their homes entails potential dangers for the missionaries as the husbands could retaliate for helping them, but the workers prayed about it and decided they were willing to take the risk, he said.

“Important changes have occurred since they began with this ministry, because the beating of women has dropped significantly, and best of all, the authorities are supporting our work,” the leader said. “We work hard with two vulnerable groups, women and children, as it is already known among indigenous tribal communities that these two groups suffer from isolation and abuse.”

Besides helping to tutor children with their studies and paying for their school supplies, native missionaries also undertake evangelistic activities for kids of different ethnic groups.

“We held more than 15 outreaches, and some of these outreaches were carried out in conjunction with the ethnic traditional authorities or with the local community church,” the ministry leader said.

The ministry offers workers specialized instruction in linguistics, phonetics and second-language learning so that they are better able to communicate with the tribal indigenes, and its missions training also helps them learn how to interact with the tribal villagers, he said.

“These practical trainings are being extended to pastors and local tribal indigenous leaders of the region with whom we work,” he said. “We have also trained several pastors and leaders in the field of church-planting, which we hope will encourage them to go out to evangelize the neighboring towns.”

The ministry holds meetings with indigenous tribal missionaries and pastors every two months to provide Bible materials appropriate for their respective cultural contexts, he added. The workers in turn use materials from the training to disciple new ethnic believers.

“In addition, all our missionaries have benefited in different ways according to their needs with the offerings sent by Christian Aid Mission,” he added. “The resources they have received are used for their personal support and to acquire materials that they require in their ministry.”

Missionaries throughout Mexico are carrying out such work to bring eternal life to remote peoples who otherwise might never hear of Christ. Please consider a donation today to equip them to disciple new believers.