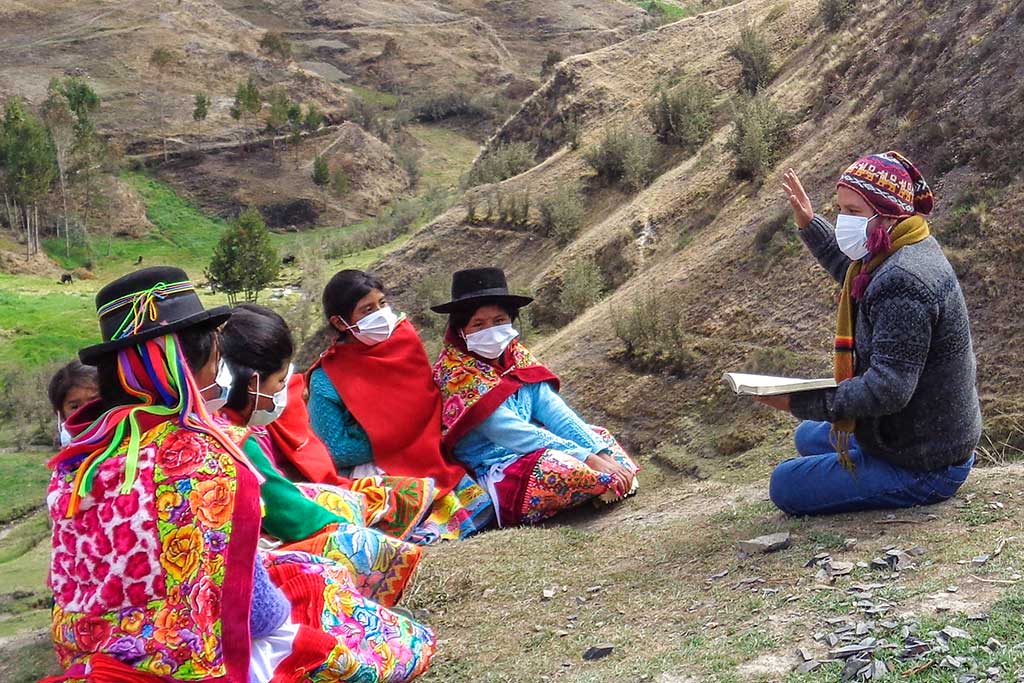 In a remote village in the Andes, a nature-worshipper addicted to coca leaves and alcohol tried to hang his wife because she became a Christian, but neighbors rescued her. After authorities separated him from his family, a local missionary shared the gospel with him, and that day he repented and received Christ; the Lord has since freed him from his addictions and transformed his life. Gospel workers are visiting homes and traveling to Quechua communities, discipling those who believe and forming congregations in three southern areas. Donations of $25 or $50 are sought for the means to carry out such outreach. Pray for more Quechua-language Bibles.

“So speak and so act as those who are to be judged under the law of liberty.” (James 2:12)