Partner with
Local Missionaries in Tanzania 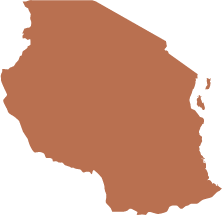 The largest and most populous country in East Africa, Tanzania borders Uganda, Kenya, Mozambique, Malawi, Zambia, Rwanda, Burundi, the Democratic Republic of Congo, and the Indian Ocean to the east.

In 1964, Tanzania achieved independence from foreign rule and joined its mainland with the Zanzibar Archipelago, also known as the Spice Islands. Zanzibar, which is almost entirely Muslim, is semi-autonomous.

Tanzania is home to Africa’s highest and lowest points – Mount Kilimanjaro at 19,341 feet above sea level, and the floor of Lake Tanganyika at 1,155 feet below sea level. The country has 885 miles of coastline along the Indian Ocean. It is mountainous and densely forested in the northeast, while the center of the country is a large plateau with plains and land for farming.

The country has the world’s largest concentration of wildlife, with the Ngorongoro Crater containing earth’s most dense population of lions, wildebeests, elephants, hippopotamuses, rhinoceroses, zebras, leopards and hyenas – about 25,000 animals in just 100 square miles. It also boasts the largest lion population in the world.

More than 100 languages are spoken. There is no official language, though Swahili is used in some parts of government and in lower courts, while English is used in trade and government relations with other countries, and in higher courts. Arabic is widely spoken in Zanzibar.

Nearly one-third of Tanzania’s population is urban. Around two-thirds of the population is under the age of 25. Economic growth has been high in recent years, due in large part to tourism and the development of natural resources. For decades, Tanzania was Africa’s largest refugee-hosting country before tens of thousands of Burundian refugees returned to their country. Malaria is a leading killer of children under 5, while HIV is the main source of adult mortality.

Over one-third of the population practices Islam. Large percentages of the population are also Roman Catholic and animist. Tanzania’s largest people group, the Sukuma, are deeply rooted in animism. While a high percentage of the Sukuma claim to have accepted Christianity, many have simply mixed elements of it with their animistic beliefs and practices. They spend much of their resources trying to appease ancestor spirits.

An indigenous ministry in Tanzania is reaching the country’s 30 unreached people groups by continually adding new believers to God’s kingdom through open-air meetings, seminars and outreaches to the poor, widows and orphans. They request assistance to support their dedicated missionaries and distribute Bibles and literature to those who have never heard the gospel. To help free a poor community from poverty, this ministry also seeks assistance to start a skills training program to guide people in starting income-generating projects to become economically stable. 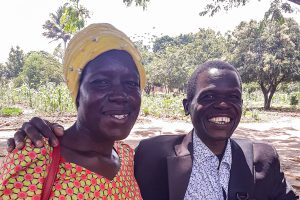 Help Provide the Word of Life in Tanzania

Native missionaries are training new believers how to form and teach other disciples, advancing God’s kingdom amid hostile spiritual forces. Miraculous healings at evangelistic events opened many hearts to the gospel, and the message also sounded forth as workers visited people in homes, hospitals and small group meetings. 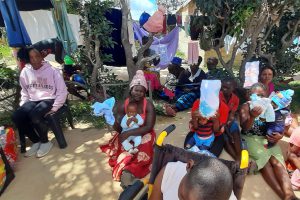 Leaders of a village and their relatives put their faith in Christ when they witnessed people healed of their illnesses after local missionaries prayed for them and led them to the Lord. Among those saved were two women who left their habits of drunkenness and witchcraft. Another woman who had tried to start a family with her husband for five years also received Christ, and she became pregnant after workers prayed for her.