Partner with
Local Missionaries in Turkey

With most of its land mass in the Anatolian peninsula of western Asia and a lesser part on the Balkan peninsula of southeastern Europe, Turkey has a rich cultural and religious history and is a major political force in the region. Though overwhelmingly Muslim at 96.2 percent of the population, most adherents are nominal, as few have knowledge of the Quran, yet fiercely loyal, as Islam is integral to nationalistic fervor.

Another paradox: while Turkey has had a secular government for most of the past century, the current administration of Recep Tayyip Erdogan has been marked by strongly Islamist tendencies. At the same time, the non-religious portion of the population has been growing, with estimates ranging from 3.1 percent to into the double digits. Only 0.04 percent of the population evangelical, according to Joshua Project.

Local missionaries in Turkey report unprecedented openness to the gospel among a growing number of Turkish Muslims and Muslim refugees from Syria and elsewhere. With so few evangelical Christians, however, churches can hardly support evangelists and pastors, and they need donations for their monthly expenses and for tools such as ministry vehicles vital for outreaches to refugee camps.

One effective ministry has planted churches in the Black Sea region, and they need assistance for rental of their worship places. Meantime, the demand for Bibles has increased as Muslim refugees’ disillusionment with Islam drives them to seek answers elsewhere. Local workers request assistance to keep Bibles and New Testaments in stock, as well as an apologetics book written by a native missionary. These books are distributed in refugee camps and prisons, during one-on-one outreach and in stands in front of a church building.

Media and social media are having an increasingly strong impact. One native missionary publishes a magazine that clarifies who Christ is and addresses various topics from a Christian perspective, and another has a radio program with a large audience. The latter also posts teaching and preaching on Internet outlets, reaching a potential audience of millions. Through responses to these media, local missionaries are seeing the prevalence of disillusion with Islam and interest in the person of Christ. 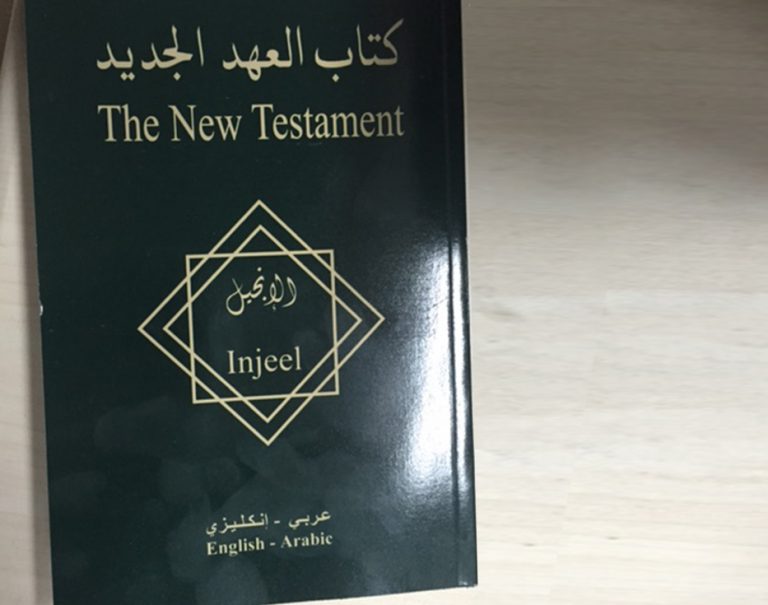 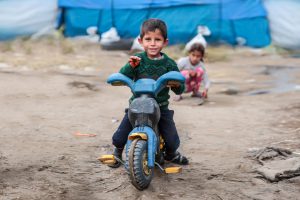 For the few refugees who can find work, pandemic curfews have kept them from getting to their jobs, as such violations can result in deportation and large fines. Many malnourished refugees are below healthy weight. “Our help is of vital importance to them,” the ministry leader said. “Seeing the joy in their eyes when we take the basic items to them means everything.” Nearly 900 families have received the food, water, blankets, hygiene packets and other critical aid over a six-month span, more than 5,340 people. Workers need donations of $35 or $70 to provide such compassionate aid, which includes Bibles. Pray that refugees will see the love of Christ in each item distributed.

The refugee family of a disabled young girl was unable to bring her wheelchair to Turkey when they fled Syria, forcing her to crawl on the ground, but her grandfather refused to let local missionaries help.

Other refugees had told her family that there were people from a church who could help, but when her grandfather heard it, his face was flushed with anger.

“They never help anyone without expecting something in return,” he said. “Don’t begin any type of relationship with them, because they are going to want something from you.”