Partner with
Local Missionaries in Cambodia

Partner with
Local Missionaries in Cambodia 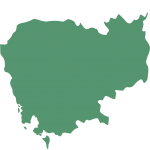 Cambodia, an impoverished monarchy in Southeast Asia, has endured tremendous political and social upheaval. Located in the Indochina Peninsula, it shares borders with Thailand, Laos, Vietnam, and the Gulf of Thailand.

The Khmer Rouge, an extreme Marxist group, seized control of the government in April 1975 and began its reign of terror. Cambodia is still recovering from one of the bloodiest genocidal campaigns of the 20th century. More than 1.5 million Cambodians died from executions, starvation, and other forced hardships in what is referred to as “the killing fields.” Those targeted for annihilation included the educated, doctors and civil servants, former military personnel, wealthy citizens, and religious leaders. This genocide was followed by 10 years of Vietnamese occupation and a 20-year civil war.

Cambodia remains one of the poorest countries in Asia. The population lacks education and productive skills, particularly in the impoverished countryside, which also lacks basic infrastructure. About 88 percent of Cambodia’s population is made up of the Khmer people, descendants of a vast empire that dominated the region for 600 years. According to Joshua Project, “Most of the Khmer still live in small villages and grow rice in irrigated paddies. Unfortunately, it has been dangerous for the farmers to work the fields since the 1970s (due to land mines). The mines have caused more wounds to the Central Khmer than any other weapon.”

Prostitution and child sex trafficking are rampant in Cambodia. An indigenous ministry assisted by Christian Aid Mission began rescuing street children—those who are orphaned or abandoned or forced to beg. They request assistance for their children’s center, where impoverished street children are bathed, fed, given clean clothing and a safe place to play and be normal children. They also need help to continue their feeding program in a remote area, which daily draws children to enjoy a nourishing meal. As they eat, the children learn to read and hear the gospel message.

Though 85% of Cambodia’s population is Buddhist, the gospel is rapidly spreading throughout the country. Through the work of indigenous church planters and evangelists, church growth has greatly multiplied during the past 20 years. While the global evangelical annual growth rate is 2.6%, Cambodia’s evangelical growth rate is 8.8%. 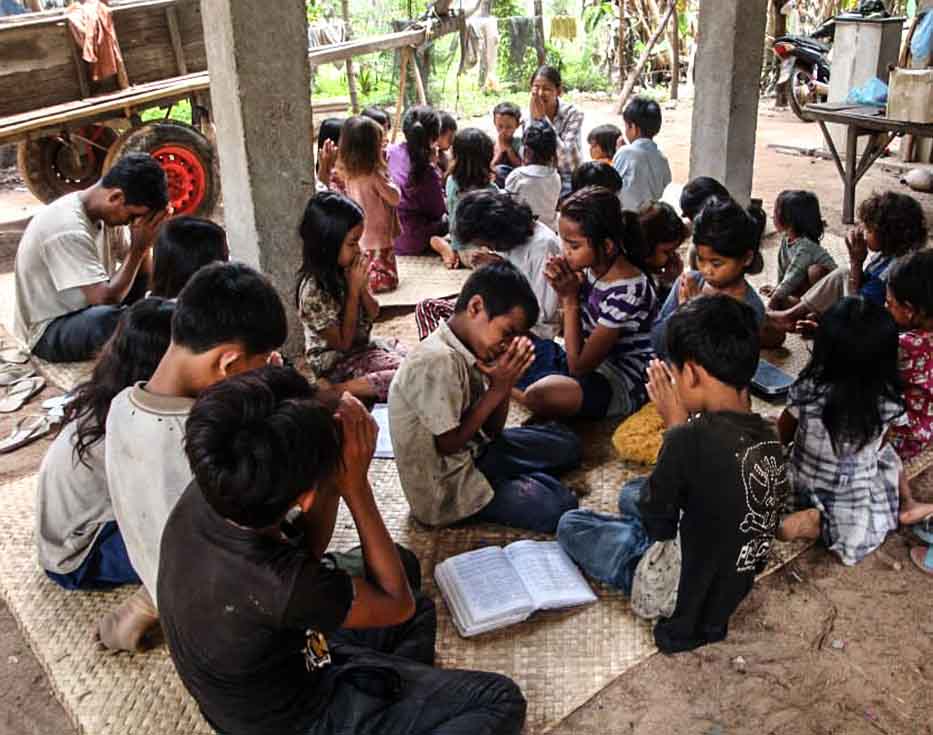 A Cambodian accustomed to getting drunk on beer with his wife had been listening to a native missionary’s talk radio program for about a month when he called in with a dilemma.