Partner with
Local Missionaries in Kyrgyzstan 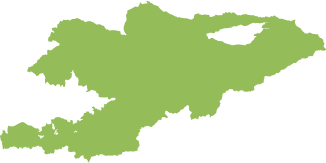 A landlocked, mountainous country, Kyrgyzstan is located in Central Asia, west of China and south of Kazakhstan; it also borders Tajikistan and Uzbekistan. The region now known as Kyrgyzstan was part of the Silk Road, a trade route connecting Eastern and Western civilizations. In 1991, after the dissolution of the Soviet Union, Kyrgyzstan achieved independence.

The name Kyrgyzstan means “land of the forty tribes,” referring to 40 clans supposedly united by a legendary hero named Manas who led them to victory against the Uyghurs. Kyrgyzstan’s flag is a red field with a yellow sun having 40 rays to represent this legend. A red ring crossed by two sets of three lines in the center of the sun represent the crown of a traditional Kyrgyz yurt, a felt tent utilized by past and present nomadic herders.

Most of Kyrgyzstan’s population lives in rural areas. The densest population settlement is in the tree-lined capital city of Bishkek. The native Kyrgyz comprise nearly three-fourths of the population, followed by the Uzbeks and Russians, and are nearly 100 percent Muslim. As they have for centuries, many Kyrgyz still live as nomadic herders of sheep, goats, yaks, horses, and camels.

While the Soviets tried to purge Islam from Kyrgyz culture in their push to institute atheism, the Kyrgyz doubled down; since 1990, they have built over 3,000 new mosques. Kyrgyz Muslim beliefs are intermingled with shamanism, and many look to mediums for help. A Kyrgyz who becomes a Christian is viewed as a traitor to their identity and family.

The leader of an indigenous ministry in Kyrgyzstan oversees three congregations in three locations throughout the country. He and his coworkers preached the gospel in every village in one province and led eight people to Christ. In addition to evangelism, ministry workers have provided desperately needed food to poor Kyrgyz who lost their jobs during COVID-19 lockdowns and saw skyrocketing food prices during border closures.

Medical aid is also a huge need, with a local hospital approaching the ministry to request help. Support for this work will help the ministry to provide the hospital with needed supplies and build relationships with the community. The ministry also requests assistance to start a youth sports program to make inroads into Muslim villages and help for its rehabilitation center for drug and alcohol addicts where 12 residents are presently recovering. Part of the support will be used to complete construction on an automobile repair shop to provide gainful employment to residents who complete the rehabilitation program. The ministry leader has personal relationships with several former addicts who are now pastors and missionaries. 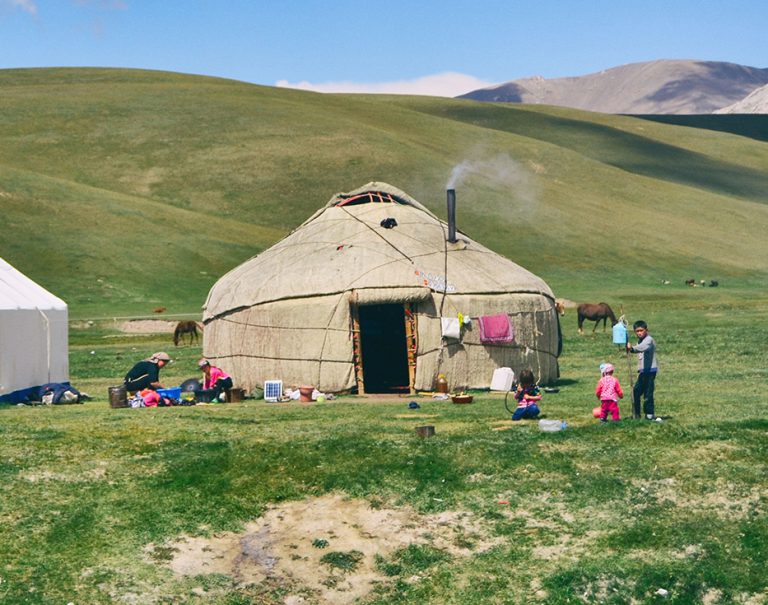 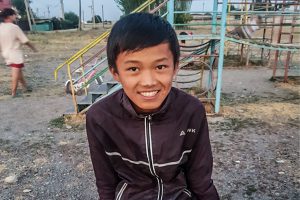 In the central Asian country that is 0.30 percent evangelical Christian, children have experienced the love of Christ. Local missionaries started working in a new village where kids received gift boxes and heard the gospel for the first time – as did their parents. 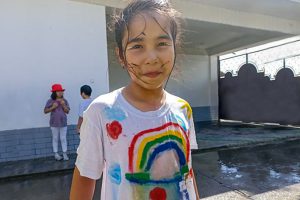 At a Christian youth camp with distant views of snow-capped mountains in the Central Asian country of Kyrgyzstan, nearly 50 nervous children were having a hard time warming up to each other. At more than 5,200 feet above sea level, the camp center was warmer in July than during most of the year, but the kids ages 10 to 14 had arrived cold with gloom about how they were going to get through the week surrounded by strangers. “On the first day when the kids arrived, they were very closed and dissatisfied,” the leader of the native ministry said. “We began to worry a little about how we would do anything if they were so dissatisfied.”