A Kurdish family recently fled from an oppressive government in Iran. After walking 37 nights in the mountains of Greece, the mother’s feet had swollen so much that they no longer in fit her shoes. She also had a skin infection, as did one of her children. “They had been walking at night and sleeping during the day, hiding in the mountains,” the leader of a ministry in Greece said. “They were told that if they got arrested, they would be pushed back into Turkey.” 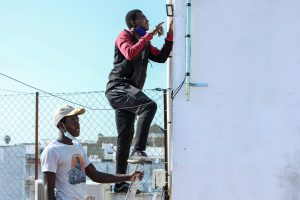 Two young men from Africa survived an Islamic extremist attack that killed the rest of the members of their family and fled to Spain, where they received aid and a secure place to heal at a local ministry’s center. After putting their trust in Christ, they were zealous as they shared their faith with other refugees. 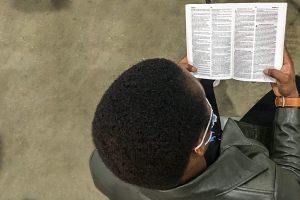 Inmates in prisons, prostitutes and refugees are receiving the imperishable inheritance of salvation after listening to local missionaries share the gospel. Officials in one city were so impressed by the transformation they saw in immigrants, prostitutes and narcotraffickers that they provided a place for workers to minister to them. 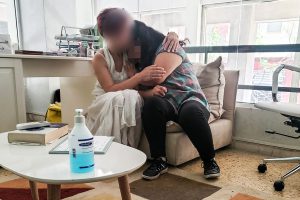 A minor who had fled a troubled country arrived at a local ministry’s offices with only the clothes on her back. Native missionaries helped her find accommodation and provided her food and clothing. 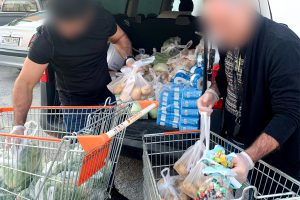 A refugee from the Middle East whose mobile phone and legal papers had been stolen suffered psychologically as he ran out of food and money for housing. 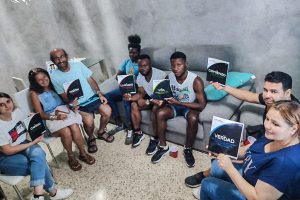 Refugees fleeing violence who did not know the Lord showed up at a local ministry’s center and received critically needed aid. The single people and families heard about Christ, many of them for the first time, at weekly evening meetings and also in online videos and films, as well as face-to-face conversations. 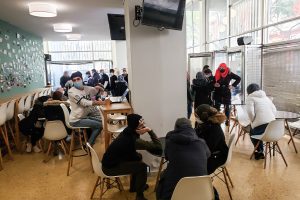 Provide Aid for Refugees in Greece

Islamic terrorists tortured a young man and killed his father, so he fled as a refugee to Greece, where local missionaries led him to faith in Christ. In the course of providing aid, workers have multiple opportunities to share the gospel with people coming from troubled countries in Europe, Africa and the Middle East, including three who were so eager to declare their faith in Christ that they were baptized despite snowy weather.

Seeking to reunite with his brother in London, a 16-year-old Bedouin shepherd boy from the Middle East was growing frustrated with questions local missionaries were posing to him. The boy started crying when they asked him to sign an application form for asylum. “He had never gone to school and didn’t know how to read or write,” one of the leaders of the ministry said. “He started crying when our interpreter explained to him what a signature meant.” 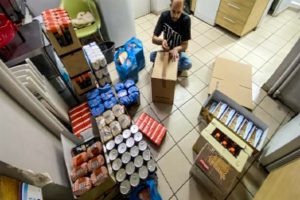 Send Aid to Refugees in Greece

A Syrian refugee mother whose husband abandoned her when she became pregnant with her seventh child was homeless after officials rejected her application for asylum a second time. 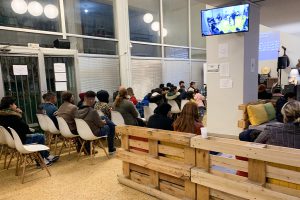 Send the Gospel Far and Wide in Europe

The gospel is spreading strategically throughout Europe as refugees from troubled countries in the Middle East, Africa and elsewhere receive aid from local missionaries, hear about Christ and then relocate to other parts of Europe.

October 6, 2022
A Kurdish family recently fled from an oppressive government in Iran. After walking 37 nights in the mountains of Greece, the mother’s feet had swollen so much that they no longer in fit her shoes. She also had a skin infection, as did one of her children. “They had been walking at night and sleeping during the day, hiding in the mountains,” the leader of a ministry in Greece said. “They were told that if they got arrested, they would be pushed back into Turkey.”
Read more

September 22, 2022
Muslim extremists often appear in refugee camps, and word spreads that native missionaries bringing aid to the tents pray with refugees and leave Bibles for them. So workers were concerned when a grim-faced refugee camp leader summoned them to talk over tea. “Last week while distributing things to the children, you were praying, and you gave some people copies of the Bible,” he told them.
Read more

September 15, 2022
Kimbap was on her way home from work in Cambodia last summer when she saw a gang of teenage boys assaulting a younger boy. Though a lifelong Buddhist, Kimbap had been listening to a Christian radio program for several days, and when he screamed for help, she instinctively began praying to Christ. “I had very little belief that He was there for real to help this boy, because I am a Buddhist worshiper,” Kimbap said.
Read more

September 8, 2022
Burma’s internal military conflicts have curtailed ministry efforts, but the chaos also has helped expand God’s kingdom as displaced people take refuge at a Bible college and Christian camps. Among those fleeing to the jungles or to neighboring countries are young people, a native ministry leader said. “Many young people, however, remain in the country and do not know what to do with their lives,” he said. “Some young people run to Bible colleges and Christian camps.”
Read more

September 1, 2022
A ministry leader in North Africa arrived at the home of dying woman to say farewell, pray for her and, at her parents’ request, baptize her. Only after he arrived did he realize she had often attended his church, then mysteriously stopped. “She was aware that she had a few days left before she would die and had no hope for healing,” he said. “Although we didn’t know anything about the medical reports of her illness and what it was, I had a feeling that this could be an evil spirit.”
Read more

August 25, 2022
A young Iraqi girl’s grandfather died when a suspected Islamic State (ISIS) militant rammed the car carrying him. Sara later learned from a teacher at a native ministry’s school in Jordan that God loved her and her family, so she thought He must be different from the divine being her parents blamed for the loss of her grandfather. One day she was deeply missing her grandfather and crying at school, and the teacher noticed that she seemed frightened as well as sad.
Read more