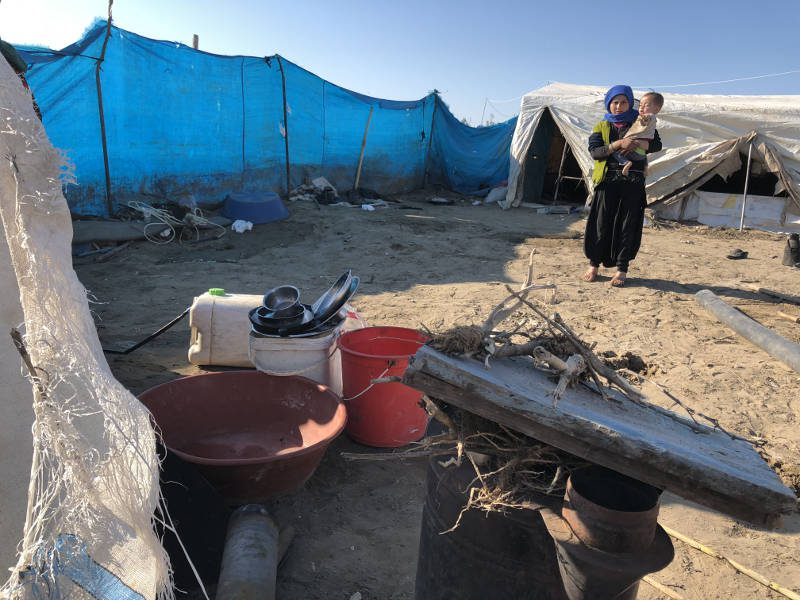 Millions of Syrians remain as refugees in countries such as Turkey even though Syrian government forces have retaken large areas previously lost to rebel forces; why?

Refugees living in tent camps and dilapidated apartments in Turkey, Lebanon, Jordan and elsewhere tell native missionaries that they have nothing to go back to but more danger. The Syrian army bombed their homes or set them on fire.

The refugees say the army and local militias have prevented the return of many of the 5.6 million Syrians who have left the country and the nearly 7 million internally displaced people – torturing and killing, or threatening to kill, those who have tried to come home. That is, the government views many of the displaced supporting or sympathizing with the uprising against President Bashar al-Assad.

These people also fear that returning could put their relatives in danger.

Refugees fear that returning could put their relatives in danger, and they know that health care centers, schools, and utilities are damaged or reduced to rubble.

They also know that hospitals and other health care centers, along with schools, utilities and water and sanitation systems, are damaged or reduced to rubble.

Touted as urban planning measures, the laws prohibit even those who have ownership documents from rebuilding, buying, selling or obtaining construction permits in areas designated for “re-organization,” refugees say. Those who try to fight for their rights must present themselves before the same security authorities who have threatened to kill them.

After eight years of civil war in Syria, native missionaries in Turkey and elsewhere are still hard-pressed to keep up with refugees’ mounting needs.

“We cannot meet all their needs, but we will continue to try our best,” the leader of a native ministry in southern Turkey said. “People have told us that so far no one else has helped them so much.”

Refugee children who have seen snipers kill their fathers and survived dangerous journeys are just some of the traumatized people in crowded, unofficial tent camps. Refugees have left not only homes but careers, relatives, schools, friends and their native language.

“They are seeing that people who are not of the same faith as they are will still come to their aid, and many Muslim refugees keep questioning us about this,” the ministry leader said. “This is exactly what we want, to have them ask questions, so everything can be made clear to them. They tell us that they were very impressed when we shared our purpose for existence with them. They told us that they know we did this not because we wanted to, but because God wants us to as He cares for us all.”

After painstaking building of relationships in a new camp that sprang up last year, the native missionaries note that refugees see they are genuinely concerned about them and invite them into their tents.

“It took a long while to get to this stage, but it was worth it,” the director said. “Next month we will have more baptisms. These are people who have made decisions for Christ in the last six months.”

Hundreds of thousands of people in the camps still need to hear the Word of God, he said.

“We are praying that we can distribute aid to them and influence more people so they will listen,” he said. “Of course, we know that there is still a long and difficult time before us as we continue to spread the word of God. This is not easy work, but we will continue to work in the light and leadership of God during these hard days. Your prayers and support are very important for us. We want to spread the gospel to many more people in the coming period.”

Native missionaries throughout the region are ministering to refugees and internally displaced people with the same faith and commitment. Please consider a gift today to help them bring healing and salvation to hurting people.